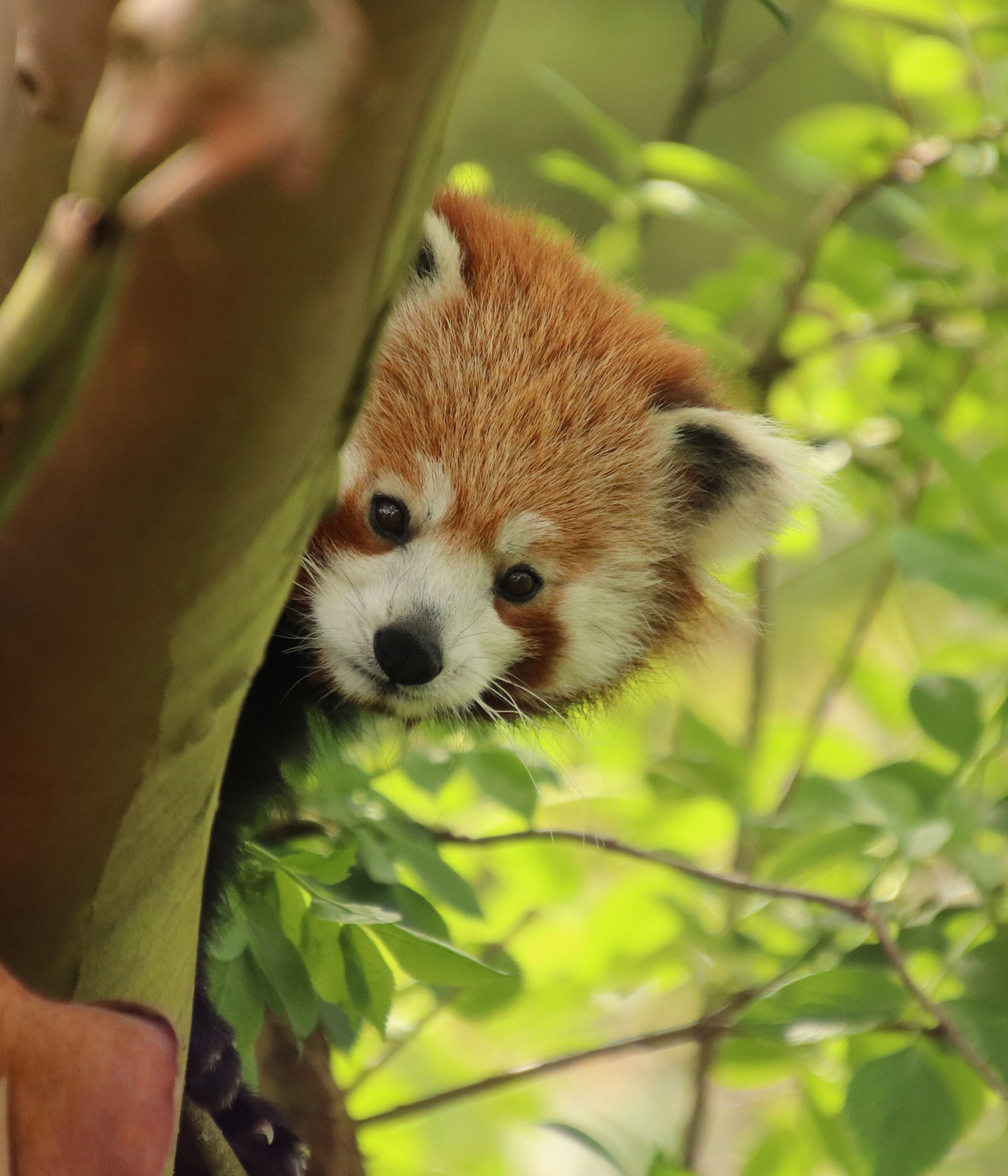 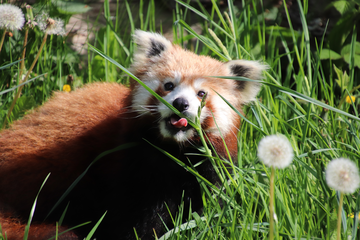 Red pandas have long, thick fur to protect them from their rainy, mountainous habitat in the Himalayas and the reddish brown colour helps them blend in with the trees they inhabit.

These furry creatures have distinctive white markings on their faces, as well as pointed white ears and a fluffy striped tail, which they use as a blanket.

What do red pandas eat?

A red panda's diet mainly consists of bamboo, but they do also eat shoots, leaves and fruit.

What threats do red pandas face in the wild?

Red pandas are Endangered in the wild, under threat from habitat loss and fragmentation, habitat degradation and physical threats. As more of the human population moves to mountain regions in India, forests make way to farming land; fragmenting the species and removing its dietary staple, Himalayan bamboo.

Increased poaching also poses a great threat to red pandas as demand continues to rise for their meat and fur. Demand is also thought be on the increase to keep red pandas as pets.​​ 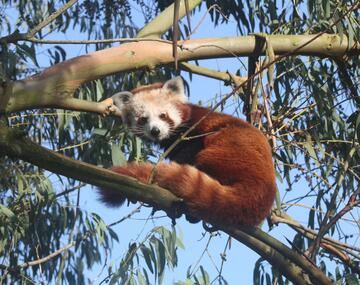 Are there red pandas at Whipsnade Zoo?

Whipsnade Zoo is home to two red pandas, Nilo and Ruby. Nilo, which means Blue in Nepalese, was named after his father and was born at Whipsnade Zoo in June 2020. He was joined by Ruby (who was born in July 2021) from Edinburgh Zoo in March 2022.

You'll find the red panda pair in the Base Camp area of the Zoo, close to our otters.

As red pandas are crepuscular - meaning they are most active at dawn and dusk - you'll often stand the best chance of seeing Nilo and Ruby either in the morning when you first arrive at the Zoo, or just before you leave at the end of the day.

Find the perfect present in our online shop with our panda gifts! Every purchase supports ZSL's vital science and conservation work.