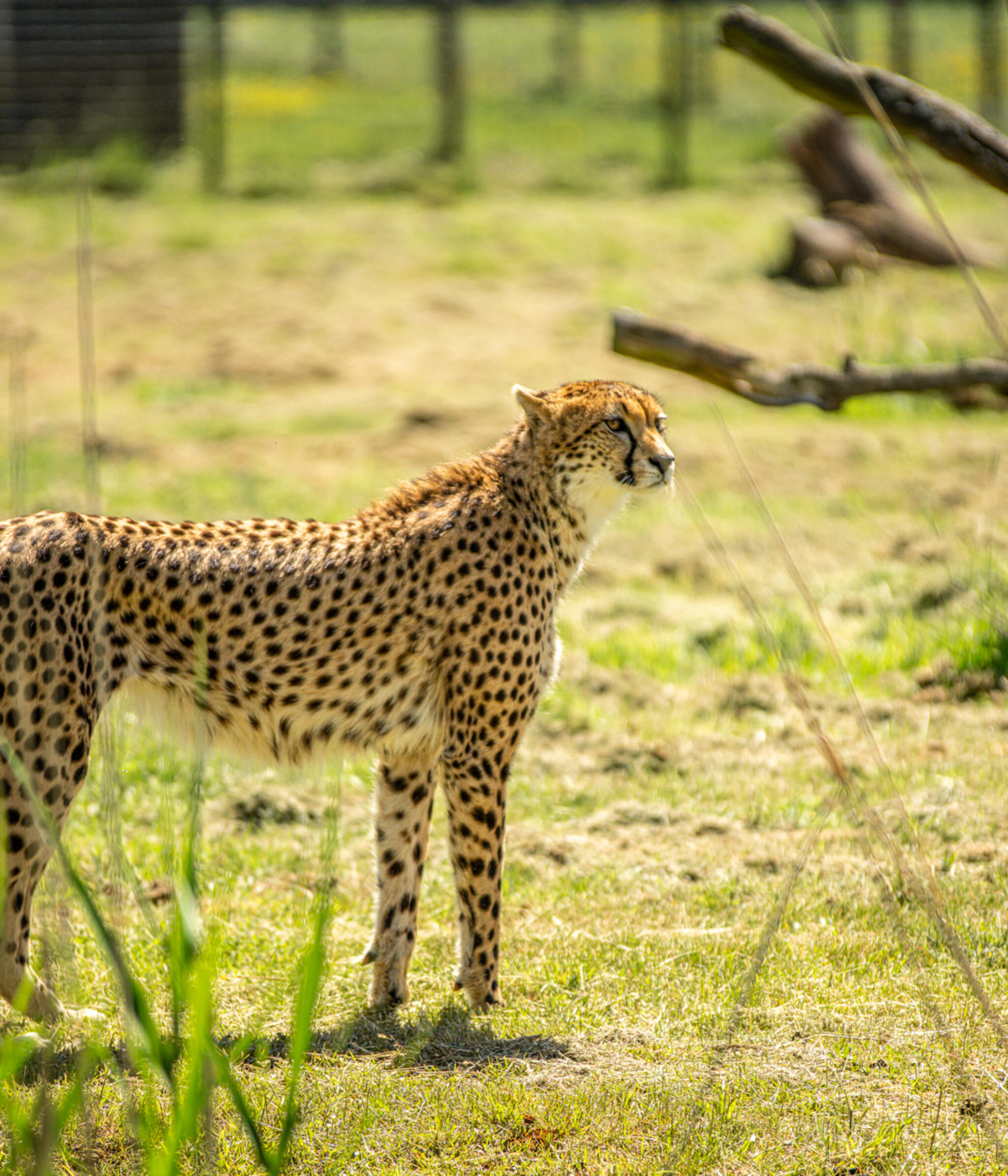 10 things you didn't know about cheetahs

Cheetahs are the fastest animals on land, sprinting at an incredible 60mph! We salute these big cats and reveal how our conservationists are leading the fight to protect them. 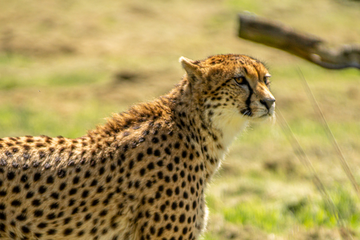 1. The planet's fastest land animal is built for super speed, rather than stamina

A cheetah chase usually lasts less than a minute, and covers just 200-300 metres. At full speed, the cheetah takes three strides a second, covering seven metres per stride - it's not surprising they tire quickly, and conserve energy for much of the time. One study found that cheetahs spent only 12% of their day moving around.

2. When they do stir, cheetahs can accelerate faster than most sports cars

They can go from nought to 60mph in three seconds flat. Their claws work rather like studs on football boots for extra grip when sprinting, while their long, muscular tail acts as a rudder, helping them make sharp turns, while chasing prey such as antelope or hares.

3. The name cheetah comes from a Hindi word, chita, meaning 'spotted one'

The spot patterns are unique to each cat, and help to provide camouflage when hunting. But not every cheetah has spots. In rare cases, a recessive gene produces a more blotchy coat that blurs into stripes. These so-called 'king cheetahs' may not look like the spotted kind, but they only differ by one gene.

4. Cheetahs have a unique social life among cats

Females are solitary, while males live together (unlike, say, a lion pride, which has multiple females). A female usually raises her cubs alone, hiding them in dens by day, and teaching them her hunting skills as they grow. Male cheetahs team up with their brothers or other males to form 'coalitions' - groups that defend a shared territory and team up to take down larger prey.

5. Unlike most cats, the cheetah mainly hunts in the day

With eyesight far keener than a human's it can pick out prey from a distance. The distinctive black 'tear marks' running from its eyes are thought to help reflect the glare of the sun. Being active by day also reduces the risk of losing a kill to nocturnal predators, such as lions and spotted hyenas. Even so, a ZSL study in Tanzania - part of our long-term conservation work with cheetahs - found that over one in 10 of their kills were stolen by hyenas or lions.

6. Don't expect a cheetah to roar

They lack the special two-piece bone in the throat that allows other big cats to do so. But they do produce other sounds, including growling, chirping, hissing and purring.

7. In ancient Egypt the cheetah was considered sacred and a symbol of royalty

Cheetahs were kept as hunting companions by pharaohs and depicted in statues and paintings in tombs. Ancient Egyptians believed a cat goddess named Mafdet, often pictured with a cheetah's head, would speed the pharaoh's soul to the afterworld.

Sometimes, lots of it. While some coalitions live in a small 30 km square territory, on other areas a cheetah may roam a vast range of 3,000 square kilometres. They favour areas where prey animals are less dense, avoiding competition with bigger predators. Loss of habitat, mainly due to human expansion, means that areas that were once home to thousands of cheetahs can now only support a handful. With people and cheetahs coming into closer contact, human-wildlife conflicts are also a threat.

9. Cheetahs are under threat from the illegal wildlife trade

The cheetah's awesome looks and reputation are fuelling the newest threat to its survival: illegal trade. Demand for cheetahs as pets (particularly in the Arabian Gulf) means cubs are often taken from the wild. Just one in six cubs are thought to survive trafficking. There is hope, however: at the Convention on International Trade in Endangered Species (CITES) in 2016, 180 countries backed measures ZSL had called for to clamp down on the trade - from strengthening law enforcement to tackling the sale of cheetahs on social media platforms.

10. Cheetahs could be sprinting towards extinction

They were once widespread in Africa, as well as the Arabian Peninsula and east India, but research by ZSL and its allies has shown that cheetahs are now found in just 9% of their historic range. More than 90% of them have disappeared since 1900, and the global population is estimated at less than 8,000. The Asian cheetah population now numbers just 50 or so animals, in one isolated pocked of Iran.

Did you know, with more than 130 cubs born over the past 40 years, Whipsnade Zoo is a success story for cheetah breeding?

Visit our cheetahs at Whipsnade Zoo

In the field and behind the scenes, at ZSL we’re working at the cutting-edge to help overcome the threats facing endangered cheetahs in Africa and support the recovery of this Vulnerable Species.