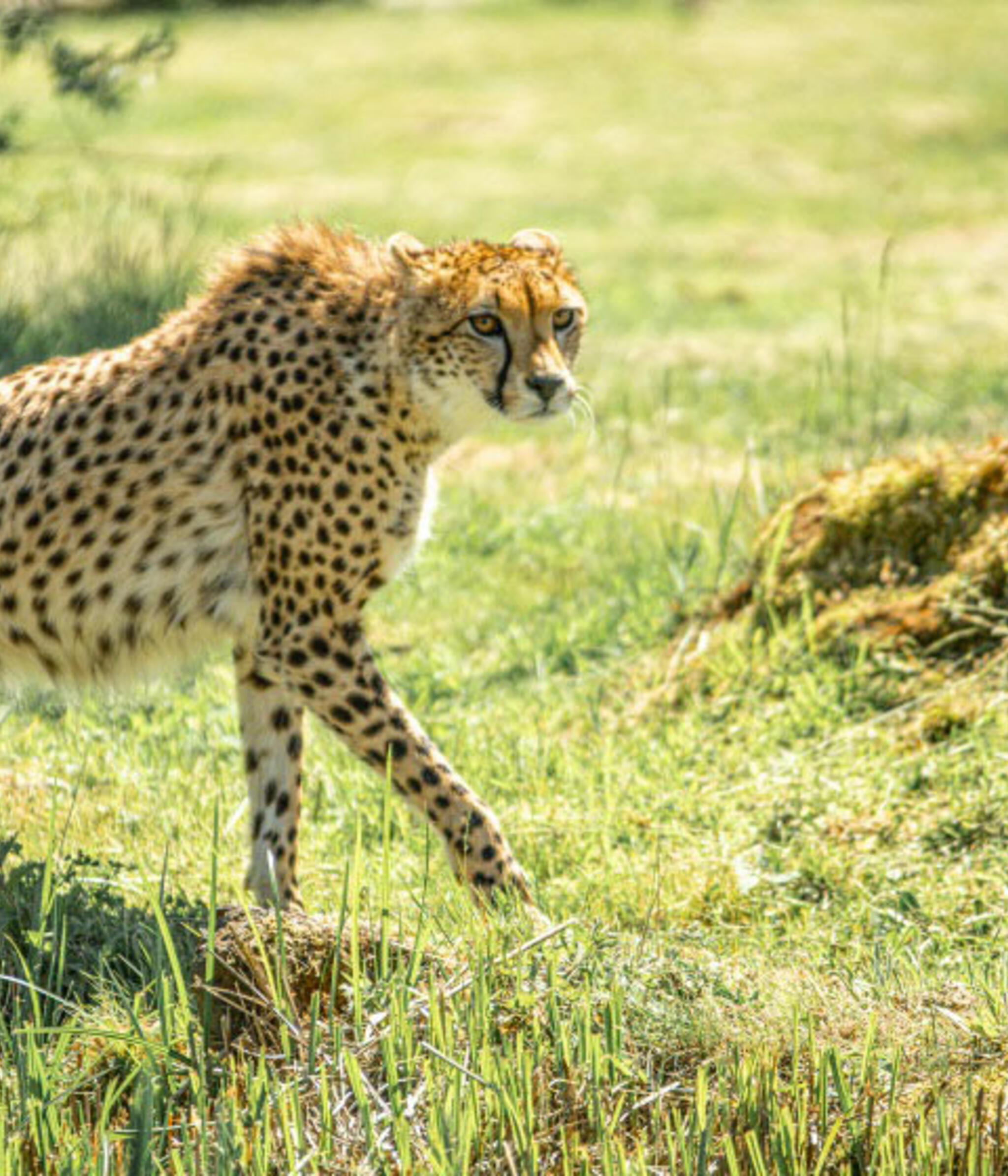 Cheetahs sprint into their new home at ZSL Whipsnade Zoo

Three young cheetah brothers have sprinted into a new home at Whipsnade Zoo, having moved to the UK’s largest Zoo as part of the European Endangered Species Programme.

Two-year-old brothers Freddie, Robyn and Billy were flown to Whipsnade Zoo in Bedfordshire from Fota Wildlife Park in Ireland.

This half-term, visitors to ZSL Whipsnade Zoo will be able to spot the speedy, new additions in the Zoo’s existing 4000m2 custom-designed cheetah habitat, Cheetah Rock.

The cheetahs, who were all born in the same litter, have a close bond according to keepers.

Whipsnade’s Team Leader of Predators, Sarah Mcgregor said: “The new cheetahs are very affectionate with one another. They’ll playfight, but they’ll also groom one another and snooze together.”

Unlike many other big cat species, male cheetahs often form small groups with other male relatives – known as coalitions, while female cheetahs tend to live on their own, or with their cubs.

Sarah Mcgregor continued: “It’s been fantastic getting to know them. Robyn and Billy were very relaxed about the move, but we’ve had to spend a little more time getting Freddie used to his new surroundings, as he’s a much more cautious character. They’ve settled in here wonderfully though – once they’d explored Cheetah Rock, they all had a relaxing nap in the sunshine. As fast as cheetahs can be, they also like to chill-out and love to sunbathe!”

Visitors to the 600-acre Zoo may be lucky enough to spot the energetic, young trio displaying their climbing skills, as explained by Mcgregor: “Freddie, Robyn and Billy are all incredible climbers, so we’ll be utilising ropes and climbing posts within their habitat each day to get them hunting for and climbing high for their food. Using these natural skills is so important for their muscle development, fitness and wellbeing. It’s also a sight to behold!”

More than 90% of the global cheetah population has disappeared since 1900 and there are now estimated to be less than 7000 cheetahs (Acinonyx jubatus) in the wild. Numbers are declining dramatically due to habitat loss and fragmentation, as well as human-animal conflict and the illegal pet trade.

The UK’s largest Zoo, ZSL Whipsnade Zoo has been dedicated to the conservation of threatened species since its opening, 91 years ago. Proudly helping to protect globally threatened species, Whipsnade has contributed to reintroductions of Extinct-in-the-Wild species, such as the Przewalski’s horse and the scimitar horned oryx and boasts the UK’s first aquarium dedicated to conserving threatened and Extinct-in-the-Wild freshwater fish.

From Saturday 28 May to Sunday 5 June, the UK’s largest Zoo is paying tribute to its Royal Patron, HM The Queen Elizabeth II, throwing a week-long celebration for visitors, brimming with traditional British family fun, food and games.

Throughout the half-term school holidays, visitors will be able to hook-a-duck, or roll-up to the coconut shy, as well as try their hand at classic lawn games. Families can enjoy a ride on the traditional carousel or put themselves behind the wheel of a safari car for an off-road adventure, before having their faces painted as their favourite zoo animal. As well as cake and ice cream stalls, visitors will be able to dig into some truly British grub, whether it’s pie and mash or fish and chips.

Visitors can also tour a new photo exhibition celebrating international conservation charity ZSL’s long history with the Royal family. For all these fun, family activities as well as a magical day of wildlife with the Zoo’s 10,000 animals this May half-term, book tickets to Whipsnade Zoo.