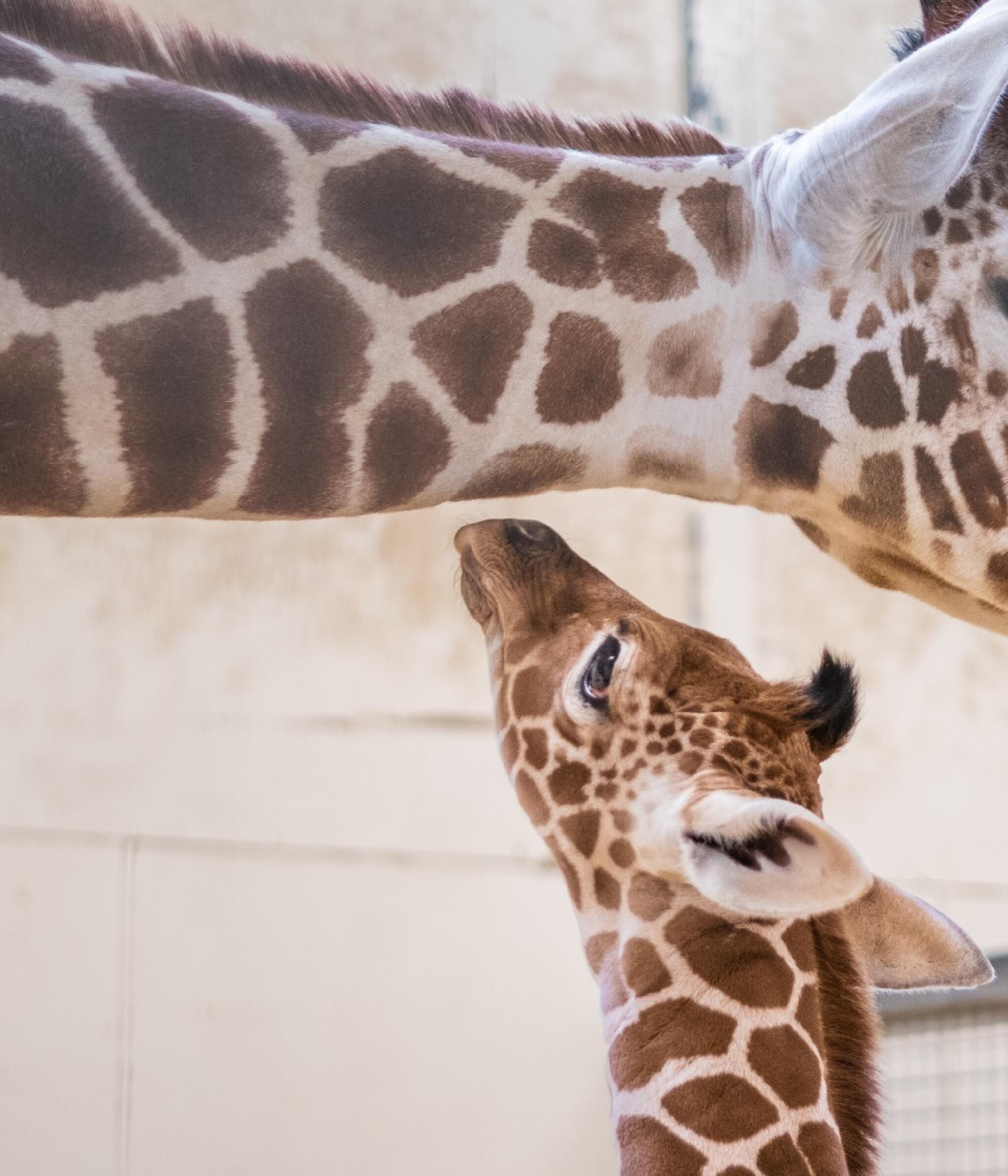 Towering new arrival at the Zoo

Named Wilfred after the renowned WW1 poet Wilfred Owen, exclusive images and footage taken by keepers show the not-so-little one sharing some precious private bonding time with mum Luna and dad Bashu, before the youngster meets the rest of the herd at the UK’s largest zoo.

Deputy Team Leader Michael Hepher said, “Wilfred is Luna’s third calf and she has been a wonderful, attentive mum as always, alongside dad Bashu, who has also been very caring - leaning down to lick and clean the youngster.

“We’ll be giving mum, dad and calf some quiet time in their behind-the-scenes barn over the next week, but they’ll soon join grandma Ijuma, sister Nuru and the rest of the close-knit, family herd who will show him all the vital giraffe skills he needs to learn.

“In the meantime, we wanted to give our visitors a sneak peek at our latest arrival, by sharing some pics and footage taken just hours after Wilfred’s birth.” 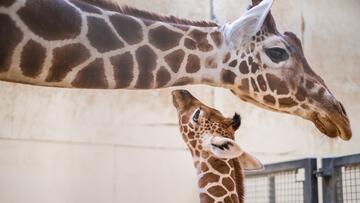 How do giraffes give birth?

Giraffes give birth standing up, meaning youngsters are welcomed to the world with a two-metre fall to the ground. Zookeepers kept a close eye on mum Luna throughout her 15 month pregnancy and prepared a deep layer of bedding when they knew labour was imminent. Wilfred took his first wobbly steps within an hour of being born, and immediately began suckling from doting mum Luna.

Keepers and conservationists at Whipsnade Zoo are celebrating Wilfred’s arrival as a vital addition to the international conservation breeding programme (EEP) for reticulated giraffes (Giraffa camelopardalis reticulata), a species classified as Endangered by the IUCN Red List.

Michael added: “It is always wonderful to meet a brand-new member of the herd but there is extra significance to Wilfred’s birth, as his arrival boosts the number of this beautiful, Endangered species.

“He’s certainly a big boy – the biggest new-born giraffe I’ve ever seen. We haven’t officially measured him yet, but he’s definitely taller than me and I am six-foot!”

Visitors to the zoo  this festive season will be able to see Wilfred, Luna and the rest of the herd, alongside the conservation zoo’s 10,000 other animals. Book a ticket and support the Zoo’s global conservation work:

Babies at the Zoo