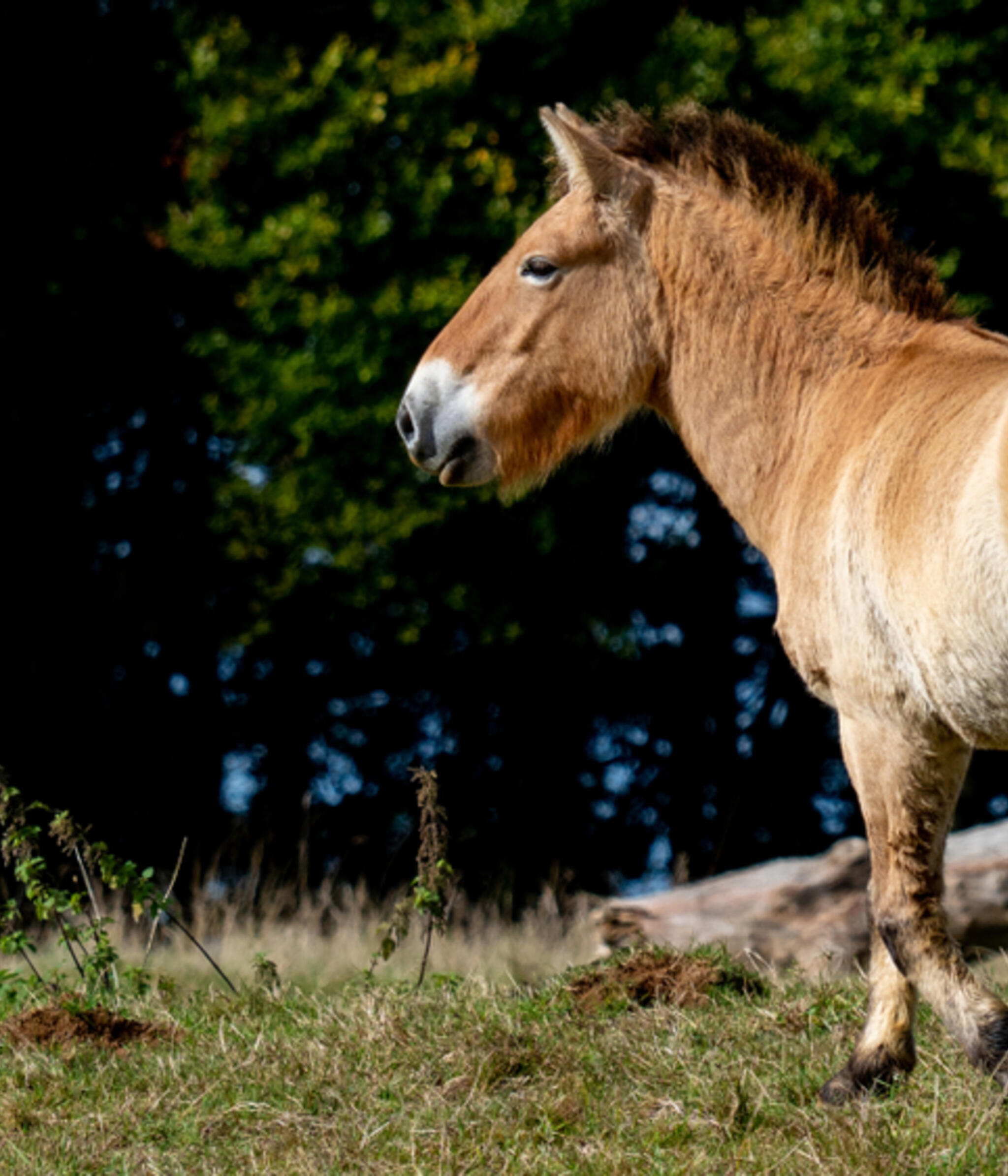 The Przewalski's horse is the world's only truly wild horse. Once extinct in the wild, together with our partners we helped restore Przewalski’s horses back to the wild in Mongolia.

The Przewalski's horse was extinct in the wild for over thirty years as hunting, livestock farming, and harsh winters caused their extinction. By working together with other conservation Zoo's, we were able to carefully build up their captive populations whilst maintaining genetic diversity, before their landmark reintroduction in the 1990's. There are now hundreds of wild Przewalski's horses living in the grasslands and deserts of Mongolia, Ukraine and China, and their population is slowly recovering.

Przewalski's horses are adapted for life in the cold. In winter they develop thick coats in the winter and can wait out storms by turning against the wind and tucking in their tail to stay as warm as possible. They have two more chromosomes than a domestic horse, and this helped scientists identify them a completely wild horse species. Przewalski's horses generally live in a harem with one dominant male and several mares, or bachelor herds made up of stallions.

Przewalski's horses at the Zoo

Our herd Przewalski's horses is crucial to recovery of this critically endangered species, and with their world population still so low, every new arrival matters. Our latest foal, named Sooton, was named by ZSL conservationists in Mongolia and her name means “sassy and vigilant” in Mongolian. Mum was at first naturally protective of her new youngster and kept her hidden away, out of view of zookeepers who were eager to get a proper look at the new arrival.

Our team leader Mark Holden said about the arrival,  “The birth of a Przewalski’s foal is a real cause for celebration – they’re considered to be the last remaining truly wild horse in the world, and Whipsnade Zoo is proud to be part of their conservation success story.

“This is the first female we’ve had born in a little while at the Zoo, as the last three foals were boys. This endangered foal is another example of the incredibly important work we do; and why we need support. If you can, please help us by visiting our website – every donation helps.”

Conservation at the Zoo